Tay Kian Aik wish every mother a Happy Mother's Day!
I already wished my mum as early as 8.00am.. hehe

Yesterday was Wesak Day and actually i want to go back to my hometown but because i had my Calculus Test 2, so i decided to only stay at Selangor and visit one of the Buddhist Temple at Brickfield there.

8.30 from Serdang KTM Komuter Station went to KL Sentral then i just things to get "easy", so i just take taxi for RM 5 to go to the temple. The Maha Vihara Buddhist Temple was the one of the oldest temple in KL area.

I did not take a lot images yesterday. 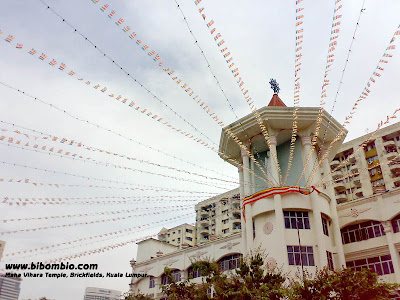 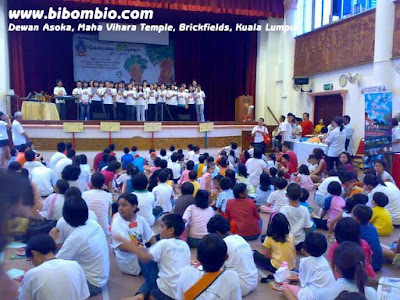 Around 1pm, i went to KL Sentral, thanks to John and his family brought me to there.
Kartik was in the CIMB Bank settling something and we went to KLCC to watch the lastest movie directed by JJ Abrams. That movie was awesome, fantastic and brilliant! The effects was so realistic and the dinosour from Planet M was so cute. hehehe.. :)

We also walked to Buit Bintang and Kartik managed to buy a pair jersey from Topman Pavillion. Phew!