Today is my first day of new semester of Universiti Tenaga Nasional(UNITEN). Eventually I am very happy because I still do not who is my new classmates and I am very sure I will meet my old friends and also best friends in a certain class too!

The internet connection in UNITEN now is still acceptable, not fast and not so slow. Well I can consider it little bit faster than the dail-up internet where we use 56kbps modem to surf internet maybe 10 years ago?

Well, back to my study. I have a total up seven subjects I need to attend this semester. The lab classes take up 6 hours.
1.EEEB141 Electronics Design Lab
2.EEEB161 Digital Logic Design Lab

I am an Electrical and Electronics Eng. student, but I still need to take
1. MEMB123 Mechanics I: Statics

MORB112 Moral Studies I is compulsory for all students to take, so as I.

Normally and usually, tutorial classes and labs are not yet start for the first week of semester.

I should write until here because I need to prepare myself to go to class. :)
by Ian at 07:21 3 comment Links to this post

At this time, I am too boring so I just do anything that can cure my boringness. The train that I boarded yesterday evening arrived at Serdang at around 8.10am. And I arrived at Universiti Tenaga Nasional 10 minutes later. The story does not ended here...

Now, I still cannot bath because I have no my room key. Well, this is because I have surrender the key to my friends because they need to store their things in my room during the semester break.

Just hoping for my key back to me as soon as possible.
**starving for the key**

update 3.12pm
I got my key now, but my heart is broken
see this picture you will know.

update 9.30pm
I just finished to clean my room and unpack my things.

Now what can I say is extra charge! haha
and Wei Jing almost make me faint, he did not come to me yet to get his things. I think some of his stuff already taken to C2... haha.

My dinner were only two Mexico Buns only. Pityful.

You will think why my heart was broken?
This is because I am supposed to be the earliest one to arrive apartment and the first one to clean my room so that I can rest early. But after see the room like a dump, my heart start to melt. And I just can rest about 10.45pm and curently chatting with my housemate.
by Ian at 14:09 0 comment Links to this post

Shell RON95 a Fuel Save

Although my bike, Yamaha Lagenda 110z is compatible with RN95, but I will still stick with RON97 as it really take care of my spark plugs, thus easier to start the engine.
by Ian at 01:00 0 comment Links to this post

Last day for me

Tomorrow evening, I will board train back to my campus. This mean my holiday will be ending in a few days. My semester 2 will begin this 30 November.

Yup, the internet in my apartment(every apartment) are very slow. And I have prepared for that! By using Digi Broadband, I can surf internet faster and without barrier.

Few days ago, I am worried whether I can board the train back to UNITEN. Because there was second wave of flood in Kelantan. The train service on east cost route needed to be cancelled for 3 days. A bit relieve when KTMB annouced the train service back to normal yesterday.

Thanks to my mom for packing my stuffs. I feel ashamed, hahaha.
by Ian at 22:00 0 comment Links to this post 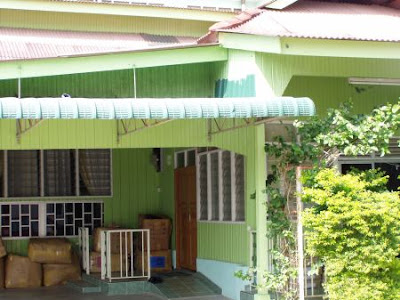 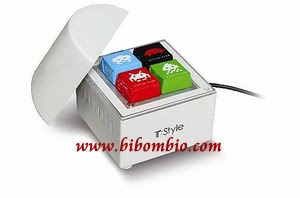 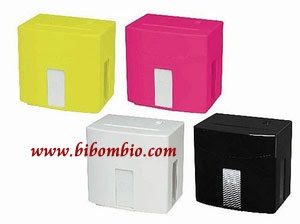 This is a mini sized USB Freezer.
It is able to store 4 cube sized chocolate.
What a nice and cute mini USB freezer.
Can anyone treat me one? : )
by Ian at 13:26 0 comment Links to this post

Usually I will treat my Yamaha 110z motorbike RON97 petrol, from Shell. But since government had replace RON92 with RON95, I tried to use RON95 once. The price I've stated in my previous post. In that post, I've also still making a rough testing of fuel consumption and performance of motorbike. There are still one small column in fuel level, but I strongly believe that I can make my small conclusion now.

1.Using RON95, the engine was difficult to start. When I using this type of petrol, I could not easily start the 4 stroke engine easily using starter. Yes, is it. So, to make easy, I turn the fuel handle a bit when i kick start my bike.

2.Using RON95, the spark plugs is easier to fill by carbon left-out. Well, I am not an expert mechanic. I learnt it yesterday, that time was a heavy downpour, I drove my bike to service center to change my motorbike bulb, one of my bulb was burnt. The friendly mechanic advised me to use RON97 because the head of the spark plug is easier to fill with carbon left-out. He also showed me the spark plug and it shows a different for RON97 and RON95. This will cause engine difficult to start as i mentioned above. Sorry, I did not took the picture because I was in hurry.

3.Using RON95, the engine performance were poorer than RON97. Yes, I experienced that when I tried to speed up when the traffic lights turn green. And believe or not I can accelerate using fourth gear at speed 20-30 by using RON97 but not for RON95!

What I can say is, I cannot force anyone to use whatever type of petrol. It is depends on the driver itself but not least the engine also. Fuel Save or Fuel Waste?

Just for my knowledge and maybe some for your reference, or mean nothing for you!
Uh huh?
Actually I am wondering how is the efficiency the Fuel Save Petrol for both RON95 and RON97 from Shell Company. So I recorded these information for my own usage only also as an open discussion.

I am going to buy a new pair of shoes pad!

Today I am going to buy a pair of shoes pad because the basketball shoes that i wear had worn out a little bit at the inner side as my heel get friction to the old shoes pad.

Because this is my first time to buy shoes pad so i think i go to the shop with my shoe together.

Update: Well, i did not bring along my shoes, instead i just went to Kota Bharu Trade Centre with the number code of my shoes. It is number 10 UK, It fit my shoes nicely fitted with my shoes. Quite happy and the shoes pad cost me RM 12.90.
by Ian at 09:46 0 comment Links to this post

while surfing youtube homepage i found a link to Lady Gaga's New Music Video. I found out this song is nice, the music video also did very fantastic. Every time, GaGa will bring her fans a new taste!

I just watched the 2012 Movie just now. The first word that I can say is,"This movie was fantastic!"

During Form 2(2004) if i were not wrong, i read about 2012 and i thought this was a joke or what. And now, our earth is warming and warming with a lightning speed. I also learnt that 2012 is just a changing of human thinking etc. I do not want to elaborate here, just google it.

This movie shows that Chinese had rescued the human, to ensure human was not extinct.
2012 full of action, dramatic, thriller and adventurous.
This movie also bring CGI graphics to a new bench.
Below shows one of the scene that successfully made audience incredibly nervous.

A very big applaud to People Republic of China, they managed to build a big ship that can accommodate a lot of respective people other than animals too.
The interior of the ship base was awesome. The ship was build to overcome any circumstance and yes it is proven.