Pudu Jail should be conserved Pudu Jail should be conserved. If not all, there should be at least a significant length of the wall should be remained.

He was responding to a supplementary question from Fong Kui Lun (DAP-Bukit Bintang), who had asked if part of the prison wall - with the world's longest mural - would be preserved,

He also asked whether a museum would be built to commemorate the heritage value of the former prison.

Awang Adek explained that the government had looked into the matter and decided that Pudu jail is not a heritage site and will not be made into a heritage site.

"Since we don't consider it a heritage site, there will be no museum."

At the Parliament lobby, Fong told reporters that he had spoken to the Kuala Lumpur mayor and suggested that the wall and the main entrance should be preserved.

"I have asked the mayor to issue a directive to the developer, UDA, to impose a condition for the preservation of the main entrance and the wall facing Jalan Hang Tuah," said Fong (right).

"The mayor seems to have a positive response."

He added that he would collect signatures for a petition to be sent to the mayor as soon as possible.

Demolition of the wall around Pudu jail is expected to start tonight. 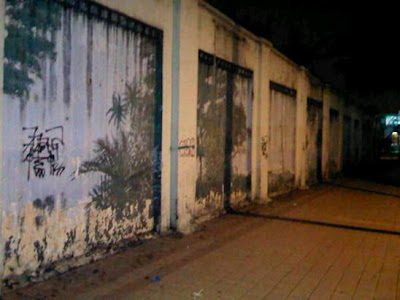 Pudu jail isn't something that Malaysians have to be proud of because nothing significant happened in the prison's history.