The controversial of Lynas Advanced Material Plant (LAMP) will not ended as long the government did not reverse the Temporary Operating Licence(TOL) from Lynas Corpration. 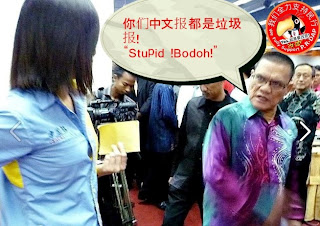 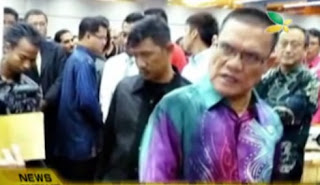 The awkward and full of embarrassment moment in the book fair scene. 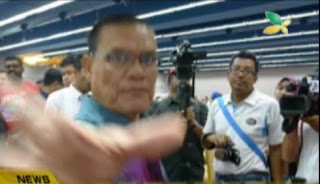 Adnan Yaakob also tried to obstruct a photographer to take pictures. He also added to challenge him(the reporter to publish the photo on any press the following day"

However, according to Adnan Yaakob. He did not said that he suggest the waste from Lynas Advanced Material Plant can be dumped into Sungai Lembing Tin Ore Mining Cave. The idea originate from Atomic Energy Licencing Board Director in a dinner.

Back to the scene, Adnan Yaakob lost his temper and repeatedly scolded three chinese reporters and chased all of them away from the opening ceremony scene. The public was shocked and there are alot reporters at the scene but no one stand up for the three reporters.

Three reporters also tried to explain the issue to him but he did not take in all the words and repeatedly bashing "stupid reporter" and "bodoh". 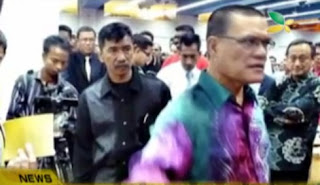 Three reporters then leaves the scene afterwards.
by Ian at 23:13